It was quite hilarious actually… watching a muscular young athlete collapse exhausted and begin massaging tired arms after battling a trophy lake trout to the boat side.

On the other hand, 87-year-old Mom Reimer was giddy with excitement after landing a 38-inch monster lake trout, bouncing to her feet and exclaiming, “Let’s catch another one! Wahoo!”

Dad Reimer, of similar vintage, was not to be outdone, and quickly followed up with a huge 39-inch Master Angler lake trout of his own. Probably a good thing, as it might have been a quiet ride home if Mom had caught the biggest fish again, as the women so often do! 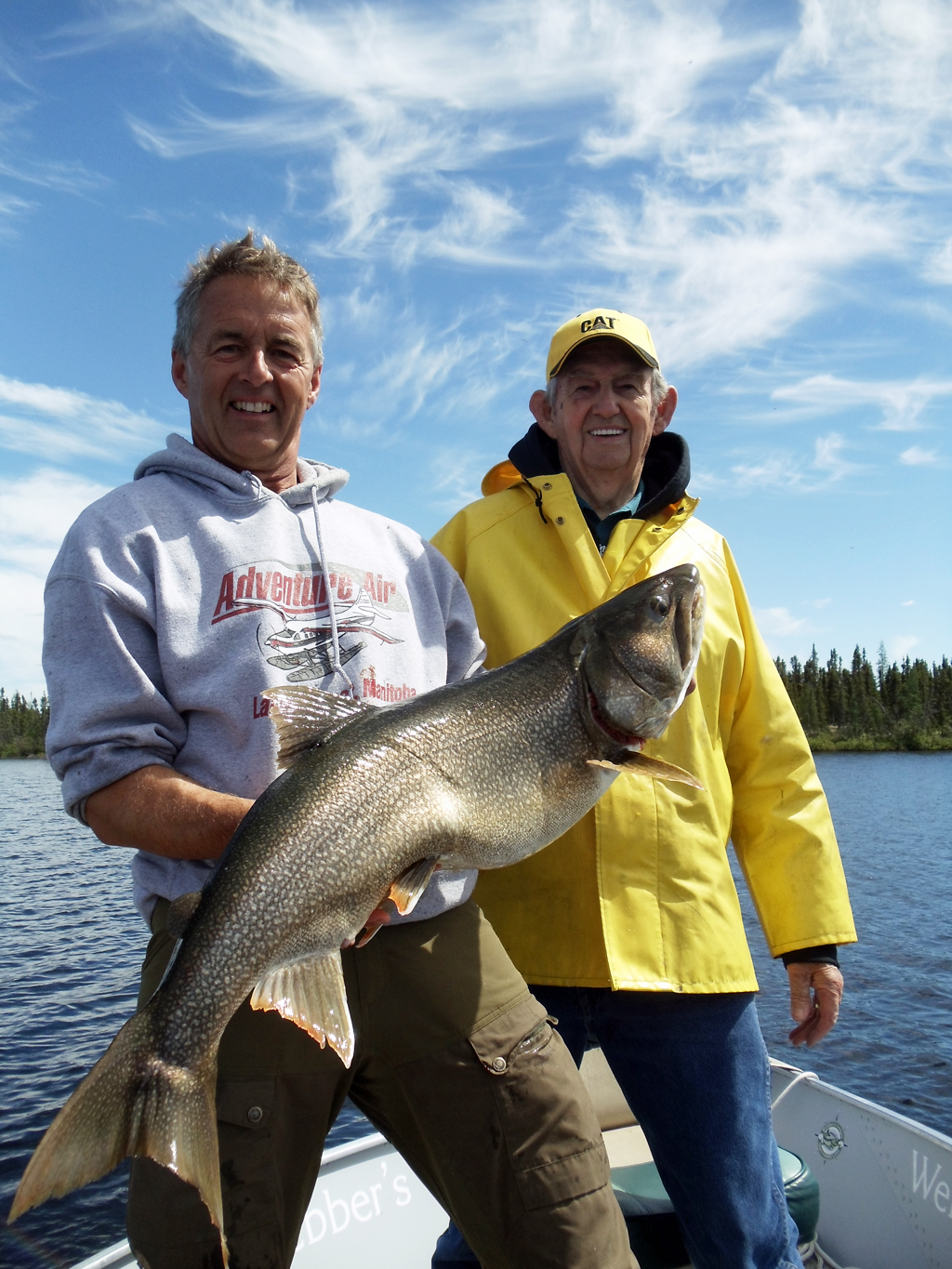 Webber’s Lodges played host once again to the Vukelic clan and all concurred that it was one of the best trips ever. Sorry, Gene (Vukelic), I broke. They held my feet to the fire until I gave them the key to Mike’s Bay.

The fishing, weather, camaraderie, food, and fellowship was fabulous across the board. Monster fish all day long, everywhere. And some lucky guy who likely will never get invited along again hammered seven monster Masters. Way to go Jeff!