With 2017 fast approaching, and most of 2016 in the rear-view mirror, we thought it would be fun to look back at some of the highlights of our 2016 seasons. 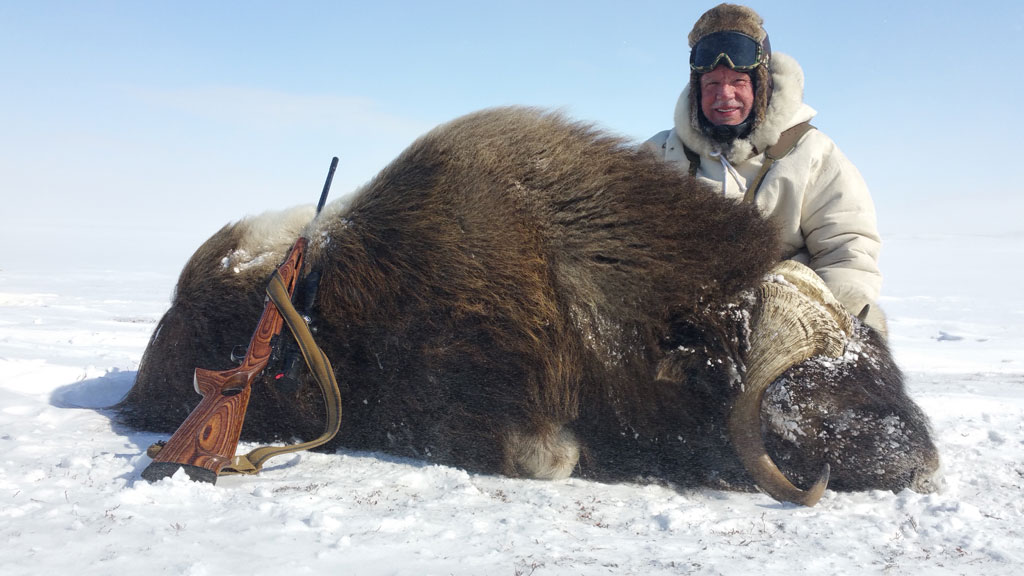 Weston Millward with his Musk Ox.

Week one of our spring Musk Ox hunt was one of the toughest hunts that we can remember with regards to weather. We lost the first four days due to a blizzard that caused near whiteout conditions. Considering our hunts are based on five days, we were getting quite concerned.

Thankfully, day five was just clear enough for our hunters to venture out in search of Musk Ox.  The hunting gods smiled upon us and the group went an incredible four for four on that last day, allowing us all to breathe a sigh of relief.

All the bulls will make or be near the Boone and Crockett minimum, so we didn’t even have to ‘settle’ with it being the last day.

Week two provided much better weather and all six of our hunters tagged out early.  We were fortunate to have a three generation family group join us, with all getting excellent bulls. 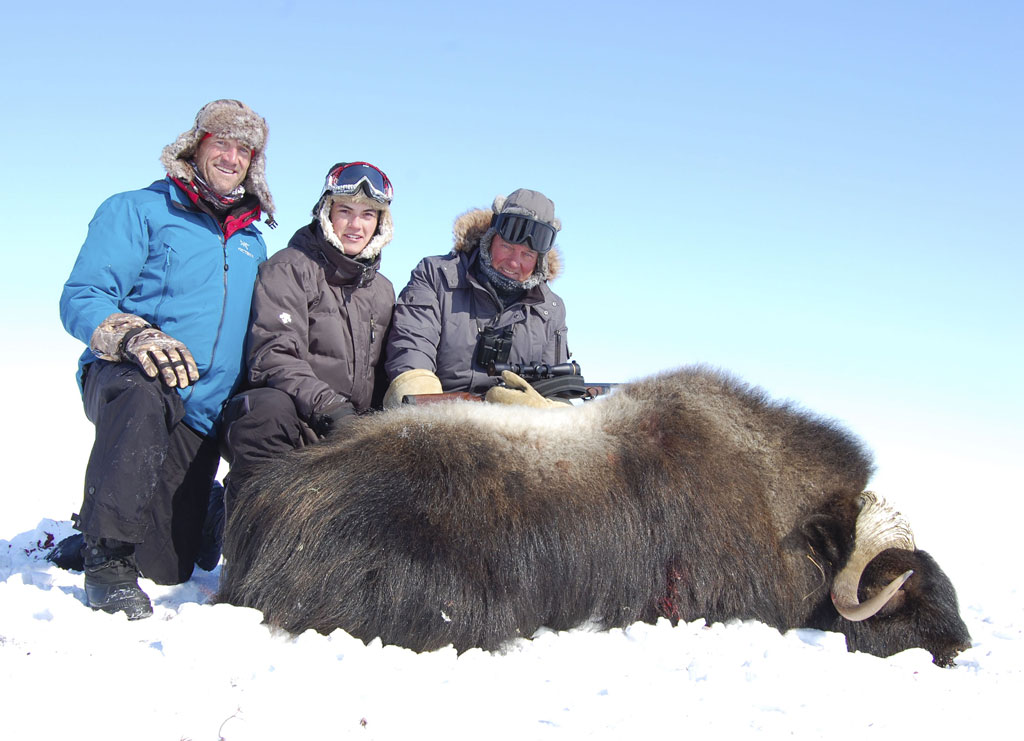 As in previous years, the quality of the bulls was excellent and our final tally was 10 bulls, with eight scoring high enough to qualify for ‘the book’. 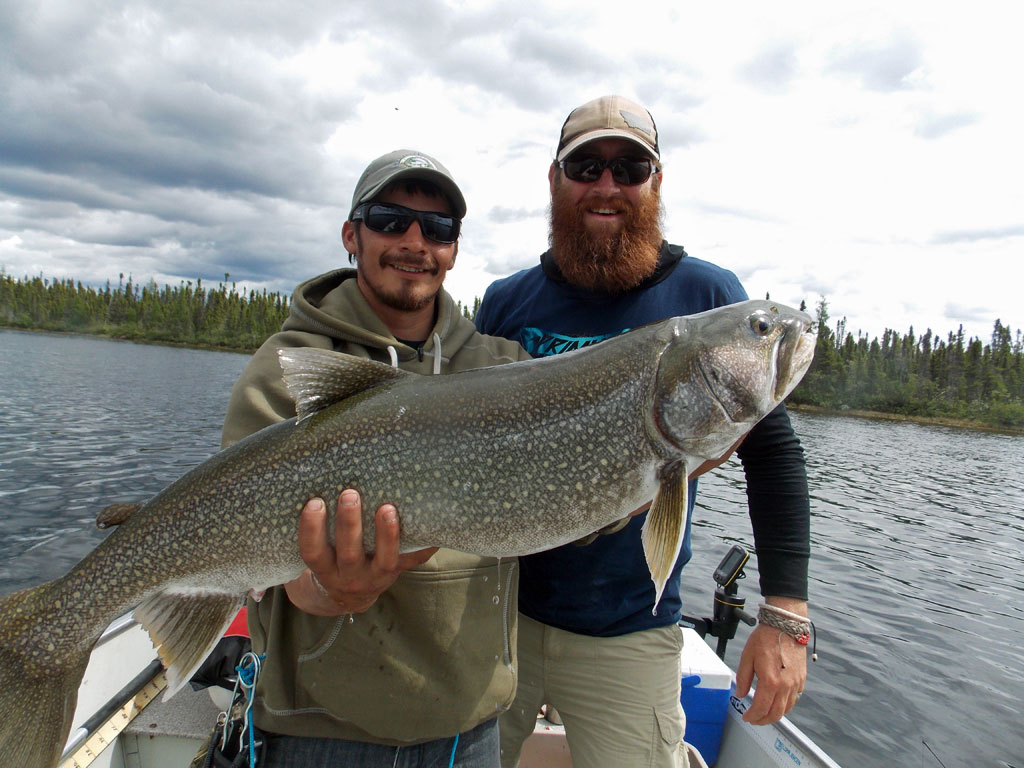 Sometimes the cameraman gets to fish! Matt Young with his Master Angler Lake Trout!

The fishing at North Knife Lake proved to be incredible once again in 2016. We were pleased to host Steve Quinn and cameraman Matt from In-Fisherman. They were showcasing remote, fly-in fishing destinations and North Knife Lake provided them with plenty of opportunities. It meant a lot to us to receive such high praise from someone who fishes all over North America for a living (talk about a dream job!) 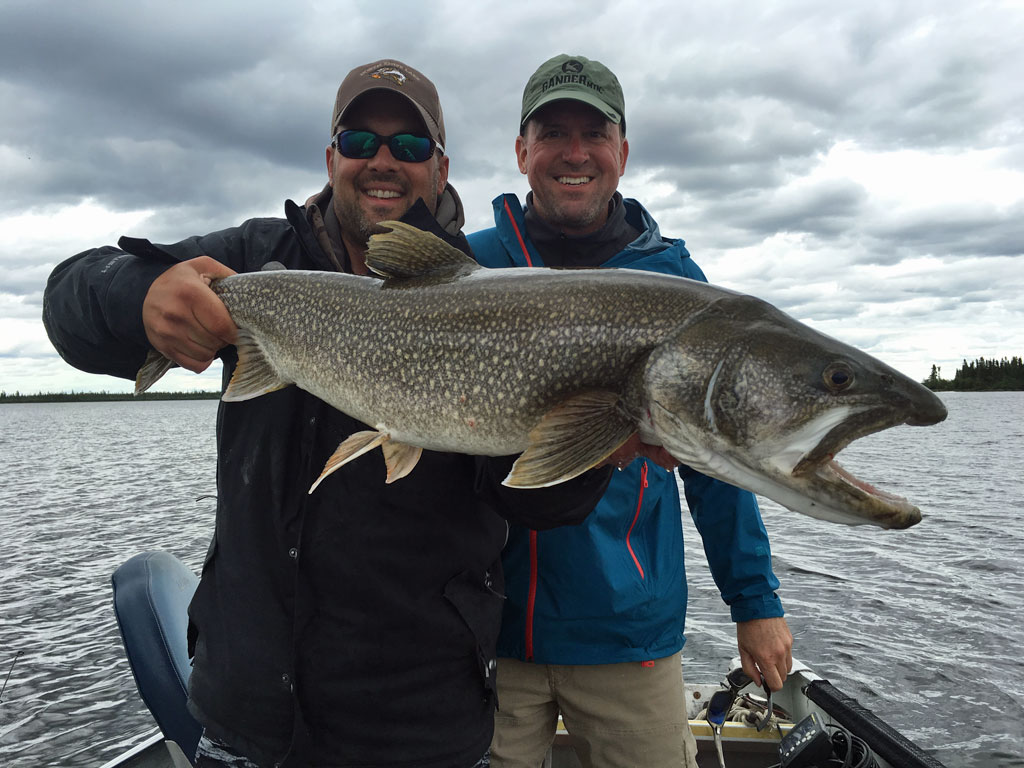 Another highlight for us was having the Vukelic family join us for their 20th time. A special celebration was held – including custom t-shirts to help celebrate the occasion.  And by the way, the fishing was excellent as well. 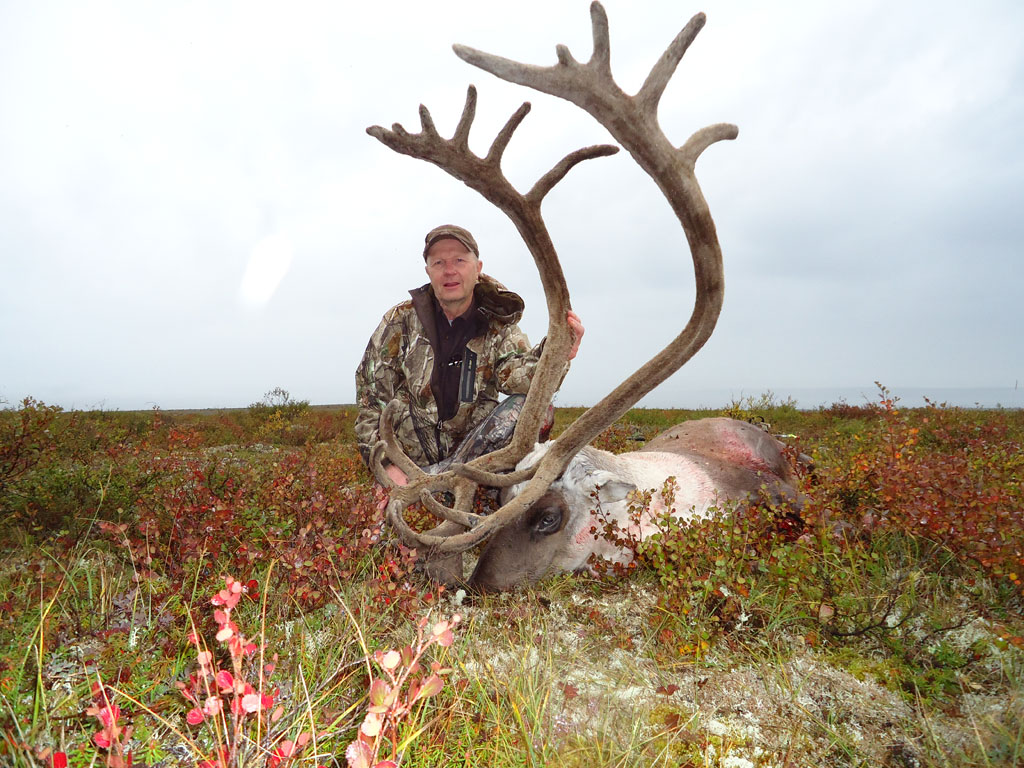 Our caribou hunts were, in a word, disappointing. We were again foiled by an inconsiderate group of animals that have decided to alter their patterns after decades of stability. Several caribou were taken, but overall numbers were well below our expected standards.

We have spent many hours in meetings with government agencies, and also with many locals sharing their traditional knowledge, to try and determine our best course of action going forward.  We’re excited to announce we will have a new style of hunt for 2017 that will bring us back to the high standard Webber’s is known for. This new hunt will be announced shortly.

With that being said, one of our largest bulls this year was taken with archery tackle. Father/Son team Roger and Ryan Puccinelli ended up with three bulls between them. 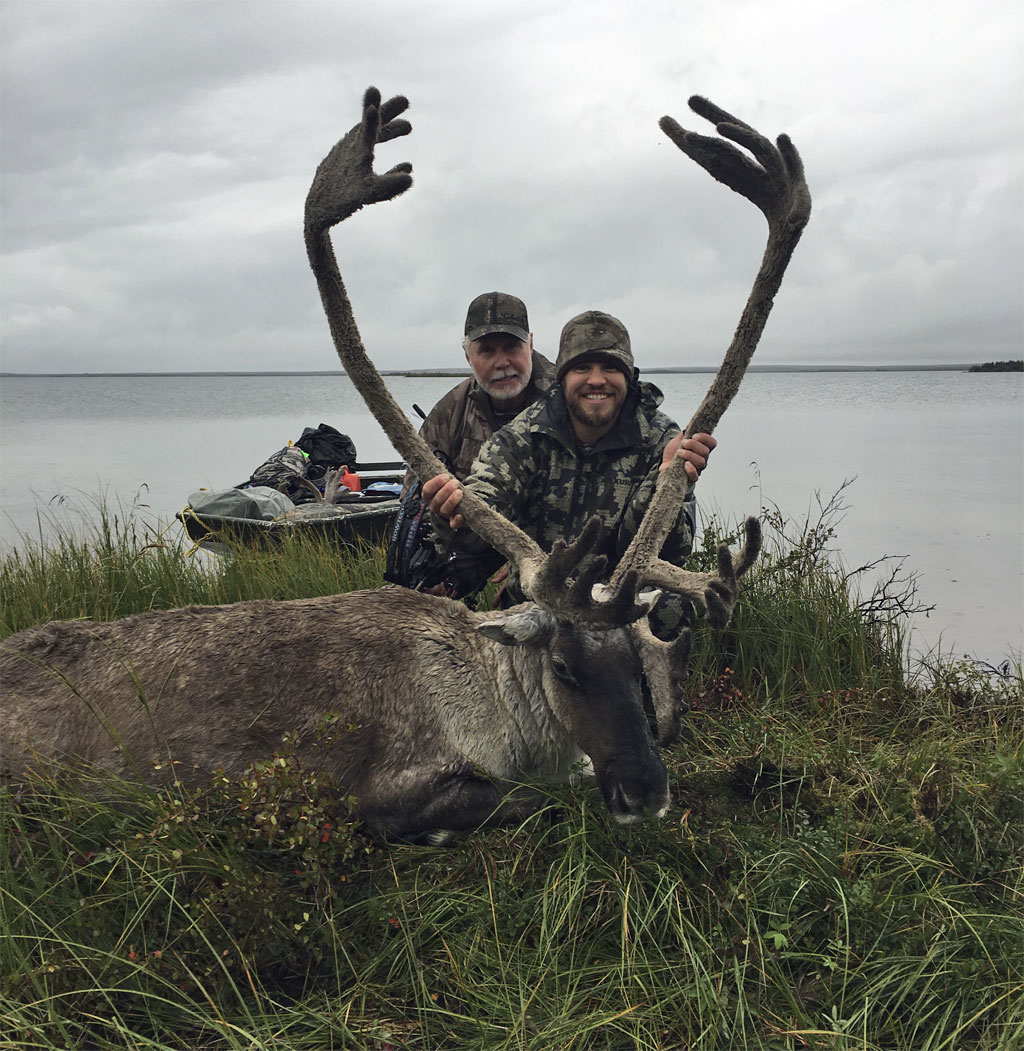 We had another family group out, with Ray, Matthew and David Andersen joining us. They also had a good week, taking five bulls between them.

We can’t remember a fall goose hunt without Vern Larsen and his sons-in-law. They joined us again for a week, enjoying a target rich environment while staying in five-star accommodations.

Brook Trout and Polar Bears. On the horizon. 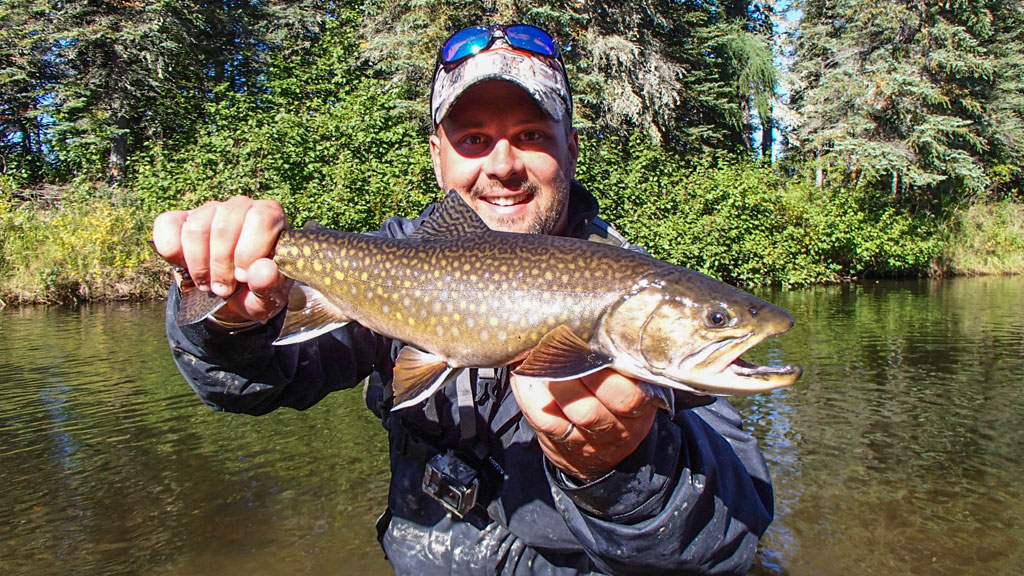 As some of you read in an earlier newsletter, we had fly fishing expert Brian Irwin up test driving our new brook trout fishing adventure. To say the results were outstanding would be an understatement!

We will be unveiling this product early in the new year and expect it to become an instant favorite with experienced fly fishermen. Imagine fly fishing in untouched waters in remote locations along the Hudson Bay Coast, many of which have never seen a human. And that goes for the fish too!

You’ll be sharing these virgin streams with the wildlife that calls this area home, including moose, wolves and polar bears! And to top it off, you’ll be staying in incredible accommodations. This will be an exclusive opportunity with limited availability, so stay tuned. 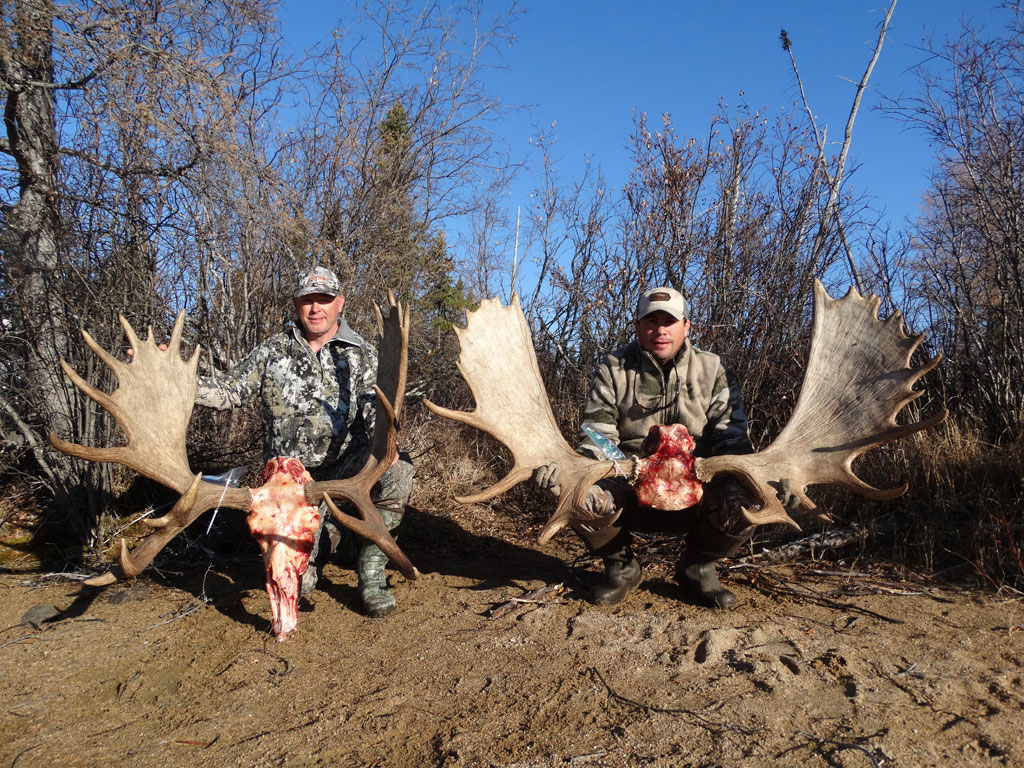 Rusty and Kelly Sims with their 40 and 58-inch trophy bull moose.

Moose hunting was excellent this season, with most of our hunters taking their bulls. Both new and existing camps performed. One of our largest bulls this season, coming in at 54 inches, was taken with archery tackle.

We had more 40-inch plus bulls taken this year than ever before. Many thanks go out to our hard-working guides. We all know these big bulls are a lot of work to get back to camp.

Thanks again to all the hunters, guides and office staff for a great season. We look forward to seeing past hunters again soon and making new friends this upcoming season.