Dave Reisner and his Bow Madness bull shown above.

Our 2016 moose hunting season was one for the books!

Over the past couple of seasons we did some serious homework and built up our inventory of moose hunting camps, and it paid off.

After scouring over aerial photos and selected areas that looked like they would hold good populations of moose, we did some additional aerial scouting while operating at North Knife Lake Lodge during the summer, to either confirm what the photos told us and/or decide if we should keep looking. Nothing beats scouting this way, as you get a bird’s eye view of the terrain, vegetation, and even the navigability of a chosen body of water. 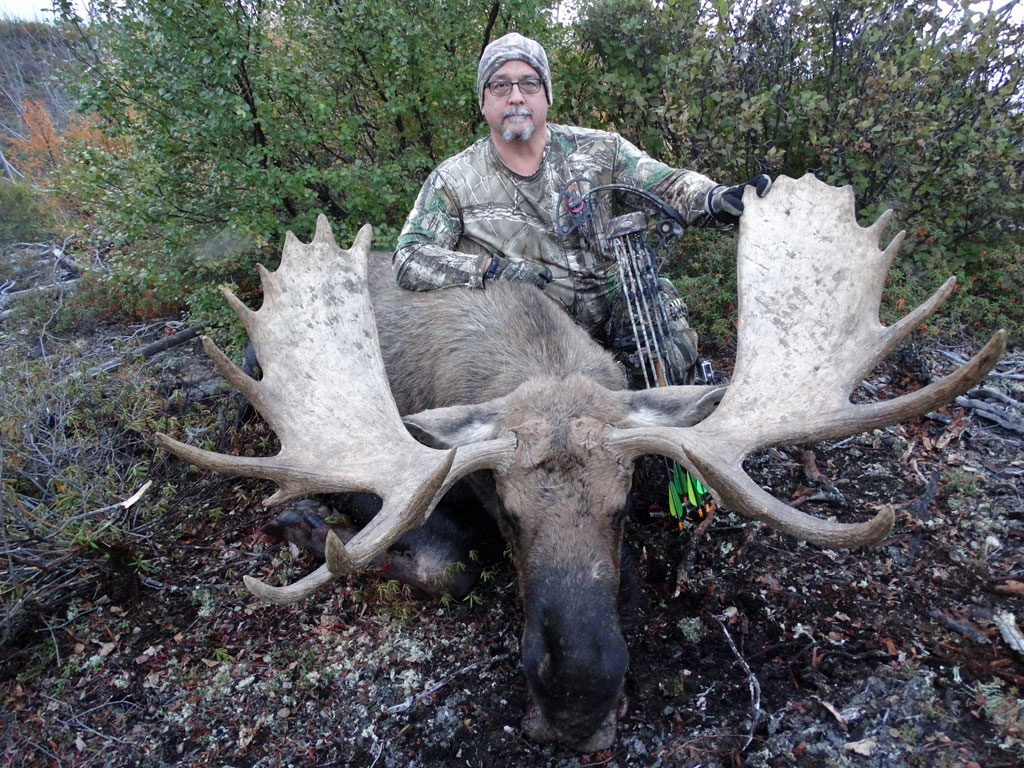 After we confirmed specific sites were moose-worthy, we started the long process of permits and approvals. This often takes up to three or four months and if all is approved we get on the ground and set up camp. This fall, we had two new camps in operation.

We had six hunters with us for week one. Three hunted out of our cabin camps and three out of our new tent camps. The first day of the season, Ken took a great bull in one of the new camps with his bow! It was 54” wide and a great start!

In another new camp, one of our hunters booked on the condition of NOT shooting a trophy bull. His wife was not going to tolerate a big bull coming home, so meat was his first priority. Well, Steve got a little of both, as he got a good young bull with antlers of decent width (32”). In our two established camps, we went 3/3 with another archery bull being taken and breaking the 40” barrier at 42.5”.  This hunt will appear next year on Drury Outdoors’ Bow Madness series.

Rusty and Kelly with Bull #1.

Week two brought us 10 new hunters and a shift in the weather. A couple of days during the hunt were just not conducive to moose hunting. High winds can really slow a moose hunt down, which unfortunately is what happened halfway through week two. Our cabin hunts were 3/6, which is well below normal for us. Our new tent camps went 2/2 and 0/2.

From the information gathered after the season, the 0/2 camp could have been a lot closer to 100% had fate dealt a better hand. The 2/2 camp did very well, considering the conditions, and took two awesome bulls. They also topped things off with everyone getting a wolf! 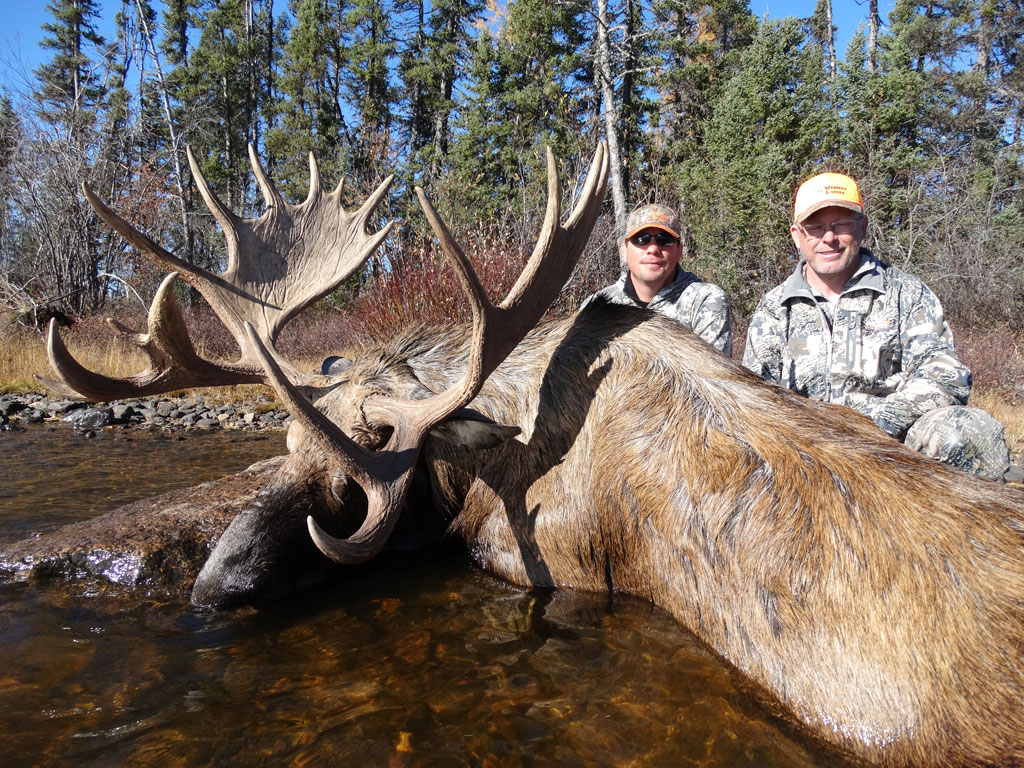 Rusty and Kelly with Bull #2.

Then, as often happens when dealing with remote fly-in camps and a northern climate, our luck turned on the last day of the hunt and bad weather rolled in. This unfortunate shift in the weather lasted for two full days, so everyone got to spend some extra time in camp listening to the rain fall and the wind blow. When the storm finally broke, we got extra planes in the air so that all of the hunters and guides could get out of camp and on their way home.

We’d like to send out a big Thank You to all of our hunters and guides for making this a safe and successful season. We went over 80% on opportunity and took some great bulls.

We’re working on adding a couple more moose camps for next season, and already looking forward to getting back out in the moose woods next fall. If you’d like to join us, please let us know early.