Hunters and their organizations give back to the community

Home/Caribou Hunting, Hunting, Moose Hunting, Muskox Hunting/Hunters and their organizations give back to the community 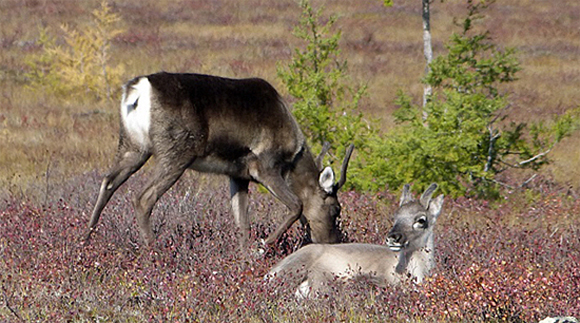 Webber’s Lodges attended a number of trade shows this past winter and reconnected with many friends and former guests, both hunters and fishermen! It was great to reminisce about successful past adventures, while also selling a few moose and caribou hunts and fishing trips to North Knife Lake Lodge, but we were also able to contribute to some good causes. The latter is important to us, and to the many organizations we partner with, and we think some would be quite surprised by just how much hunters, fishermen and outdoorsmen actually give back to society.

Grand Slam Club / Ovis contributed over $580,000 in 2014 to various projects related to conservation and hunters’ rights protection, to organizations that included but were not limited to Nevada Bighorns Unlimited, the World Conservation Force Bulletin, Seri Indian Nation, Organizacion Vida Silvestre and the Northern BC Ungulate Project.

The SCI Mid-Michigan Chapter supports a number of local and national pro-hunting and conservation projects. To date they have sent over 200 kids to a youth camp featuring outdoor skills and hunter safety; funded 80 educators to attend American Wilderness Leadership School (AWLS); sent special needs youth on deer hunts; and sponsored many disabled veterans to go on deer, pheasant, and even black bear hunts.

SCI Mid-Michigan has also funded wildlife research projects at the Michigan Department of Natural Resources; supported the Sportsmen Against HungerTM program, in which hunters have donated thousands of pounds of meat to local donation groups; donated $50,000 towards the successful passage of the Michigan Petition Drive “Citizens for Professional Wildlife Management”; provided scholarships to graduate students studying wildlife and conservation; and much more.

On a national scale, SCI also supports Sportsmen Against HungerTM, and since 1989 thousands of volunteer members and friends have provided tens of millions of meals in an effort to help food banks meet their requirements for low fat, low cholesterol, preservative-free, high protein meat.

SafariCareTM, which is also supported by SCI, provides hunters traveling to remote areas of the world with SafariCareTM blue bags, which are filled with school, medical and relief supplies and delivered directly to clinics, schools, villages and orphanages.

And through the Disabled HunterTM/Pathfinder Award, SCI Chapters coordinate and sponsor hunting trips for disabled sportsmen. The annual Pathfinder Award provides worldwide hunting safaris to those who persevere in hunting activities despite overwhelming physical limitations.

“We’re proud to partner with these organizations,” said Webber’s Lodges’ General Manager Russ Mehling. “Not only to support wildlife conservation, but also to support those less fortunate than us. We’ve been blessed with abundant resources and we’re happy to share with others in need.”

Closer to home, many of our hunters at Webber’s Lodges take a portion of their meat home and voluntarily donate the rest, which we then take to Churchill or Arviat, where it is distributed to Elders and those in the greatest need in northern communities. These are people who traditionally would have hunted for themselves, but who are no longer able to do so.

“It’s the right thing to do,” said Mehling.